Last of the snow and ice 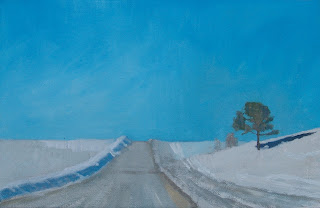 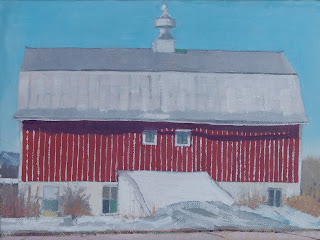 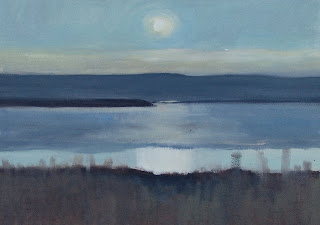 Snow and tree is near Lewiston MN
Barn is just south of La Crosse on Hwy 35, you can see the mississippi river and bluff on the left side. The farm is for sale and probably leaving us soon.
And the ice is a study for the panoramic painting.
Posted by Andrew Clair Fletcher at 12:06 PM

I have been working in this format lately. It is hard to see this format on a computer but...
The icy bluffs was first, that is the view from my yard in February.

The end of February beginning of March snow sunest on the bottom was fun, except cold, it is up on Chipmunk Ridge Road, fast becoming one of my favorite all time spots.

And the sunset with the ice was last week also from my yard. I LOVE when the ice is retreating, I did three little paintings the day before I did the panoramic one. Yesterday was I think the last chance for me to paint the ice. Yesterday as I painted thousands of Tundra Swans, and hundreds of Pelicans splashed and honked in the dark distance. The Mergansers and Canadian Geese and Bald Eagles were out there too. The river is a dream somedays.

I am wondering if I am spouting off too much and should just post paintings, but I think Art really is a vehicle that gets us talking about the things that really matter, the environment in my case. I hope everyone feels this way.
Posted by Andrew Clair Fletcher at 11:26 AM 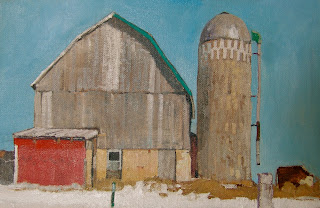 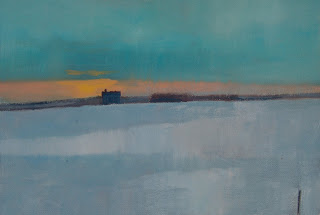 The difference between Stoddard, Wisconsin(where I am painting this week) and Lewiston, Minnesota(where I painted last week) is astounding. Lewiston is on the edge of the prairie and more gently rolling making it much more open or sparse. The land is farmed by bigger farms and overall has a lost feeling. Maybe it was just because it was cold, but to me it conjured up emotions of bleakness and decay. Sitting on a gravel road and giant pick up trucks zooming past me, or sitting along the main route and having so much traffic go by you stop noticing isn't exactly inviting. There was a disconnect. I favor the open vistas of the prairie, just not the factory farming and distruction of small communities and of course the land. The sunset painting is from near Lewiston.
Above Stoddard lies "the ridge people", as I am reminded by Ben Logan's classic "The Land Remembers". When taking Chimpmunk Ridge Road up from the Mississippi River valley you enter a differnent world. Winding higher along a one lane road through the tress along the bluff imparts a dramatic view of Pool 8 of the Mississippi River. And then when you get to the top the winding follows the ridge for five or six miles before the road connects with county trunk K. But that short serpantine road is spectacular. There is no sense of isolation but of a community of small farms working this upland. The houses are what you would think farm houses would look like. The farms are old and the buildings generally maintained and in working order. There is little traffic and what traffic there is must go slower because of the winding nature of the terrain. Yesterday I painted on top of Spring Coullee south of Stoddard and the traffic was more horse and buggy than trucks.
This barn painting is a farm that was worked by the Amish as I painted. It was interesting watching them watch me, them curious as to what the heck this crazy red hair was doing, and me curious about everything they were doing. At one point a sleigh and men came up a hill and I thought I really was living in a different universe. Driving down the ridge on Spring Coullee Road was stunning, with the warm afternoon light peeking around the ridges illuminating a sea of maple trees being tapped for the collection of the sap and the winding creek making it's way to the river I was just glad to be there. I can't remember the last time I had that feeling.
The root of many of our problems comes from places like the land near Lewiston. Cheap food, bad food, food dependent on fossil fuels, and unsustainable practices. Lewiston doesn't even have a grocery store and yet all that farmland surrounds it. The same can be said for Stoddard, except Stoddard is much closer to a city, but still the question I have is why are we doing this?
Posted by Andrew Clair Fletcher at 9:15 AM 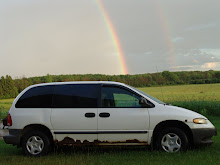